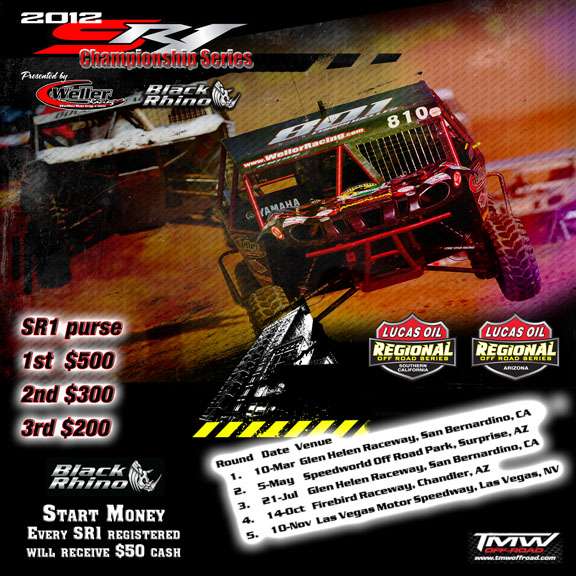 ​
Looks like the SR1 Championship series is set to kick off at Glen Helen March 10th and will travel to the Lucas Oil Regional Series in Arizona and end in Las Vegas. More info to come soon.

Black Rhino is throwing $50 tow money to every SR1 that races at Every Round!

* Black Rhino will also throw $50 at any UTV that races the Black Rhino UTV class. (first round only)

This is an older thread, you may not receive a response, and could be reviving an old thread. Please consider creating a new thread.