Posts: n/a
180 mph Electric Car
Yep Its true. All the details are at THIS site 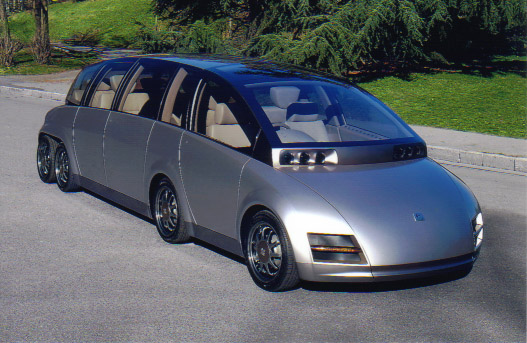 Join Date: Nov 2001
Location: N.Dakota, United States of America
Posts: 4,269
Thanks: 0
Thanked 0 Times in 0 Posts
Re: 180 mph Electric Car
Whats really stupid about all these "SO CALLED" zero emissions vehicles is "THEY ARE NOT ZERO EMISSIONS" You need to create the electricity to charge the batteries and that process creates emissions, you need to create the batteries for these vehicles and that takes some really "unenvironmentaly friendly" chemicals. So would somebody explain the ZERO emissions lie. Just my thoughts. [img]images/graemlins/frown.gif[/img]
krabysniper is offline
Quote Quick Reply
post #3 of (permalink) Old 10-04-2002, 12:17 PM
WD40
Pooh-Bah

Join Date: Apr 2001
Location: Helena, MT
Posts: 2,280
Thanks: 0
Thanked 0 Times in 0 Posts
Re: 180 mph Electric Car
Very good point <font color="blue">krabysniper</font color>.
I think many groups that are pushing for these types of vehicles fail to mention the obvious.
Do they ever bother to explain to the masses where the electricity actually originates from?
WD40 is offline
Quote Quick Reply
post #4 of (permalink) Old 10-04-2002, 12:51 PM
Shaggy

OK, first off, who needs to drive 180mph?
Second, whos gonna go out and buy 8 tires for their car every 70k or so miles?
Third, 8 permanent magnet motors. I dunno about you, but that sounds like alot of expensive maintenance once those fields starting wearing down from constant use.
Fourth, damn its ugly! [img]images/graemlins/tongue.gif[/img]
Fifth is what shaggy said. Talk about an environmental disaster it would be with thousands of pounds of used batteries coming from each family!


Posts: n/a
Re: 180 mph Electric Car
Look at most of the groups out there. They all ignore the negatives to their argument. Like those people out there complaining about hunting is cruel and unusual...umm ever been to a slaughter house? (then they say go vegan or something...uhh dunno about you but i am definitly not a herbivore)
I think people just want to complain, but why not just shove their foot up their a$$ and complain about that? at least that way the rest of us could get amusment out of it [img]images/graemlins/laugh.gif[/img]
Quote Quick Reply
post #7 of (permalink) Old 10-04-2002, 02:23 PM
**DONOTDELETE**
Guest


Posts: n/a
Re: 180 mph Electric Car
Well Jason, look at it this way.... If there is enough of them around you'll never have to worry about screws and nails in the road. The magnets will be as good as a street sweeper.
Quote Quick Reply
post #8 of (permalink) Old 10-04-2002, 07:09 PM
krabysniper
Keyboard Implanted

Join Date: Nov 2001
Location: N.Dakota, United States of America
Posts: 4,269
Thanks: 0
Thanked 0 Times in 0 Posts
Re: 180 mph Electric Car
Hey [img]images/graemlins/laugh.gif[/img] Now that is a good point to those things. Guess it wouldnt hurt to have 2 or 3 running around, might reduce the number of flats caused by crap dropped by other morons who don't secure their garbage. Hehe [img]images/graemlins/wink.gif[/img]
krabysniper is offline
Quote Quick Reply
post #9 of (permalink) Old 10-04-2002, 07:49 PM
desertrat67
Can't Get Enough