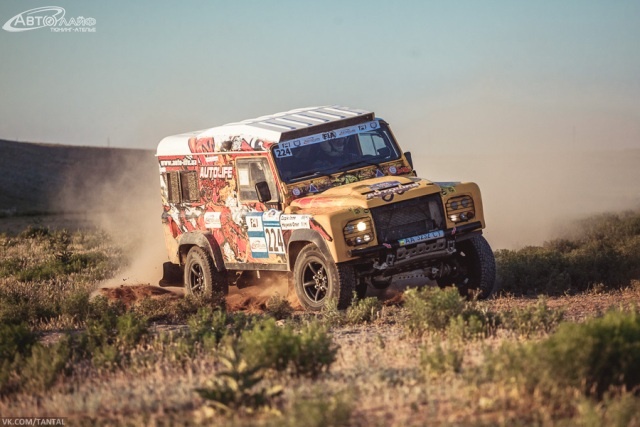 Land Rover Defender is a sport car, which is completely modified by Auto-Life Ukrainian tuning studio for the most serious class in Т1 Superproduction rally raids in accordance with all FIA requirements.
The car is fitted with 3.0-liter BMW biturbo engine (290 hp, 650 N/m) and mechanical 6-stage gearbox. Reiger shock absorbers with anti-rolling system and the rapid rebound system of last generation are installed.
The engine is controlled via electronic unit manufactured by Bosch Motorsport. All the necessary information is transmitted to Motec instrument panel. The car body is lightened and is made of plastic and aluminum.
The transmission is fitted with interaxle differential with LCD Kam Diff lock. Special axles, universal joints and stabilizers are manufactured for rally raids. The car track is extended to the maximum allowable value in accordance with technical requirements. Defender is equipped with a safety cage in accordance with FIA Homologation Rules, Sparco and Sandtler racing seats, 6-point Sabelt safety belts and OMP homologated mechanical fire-extinguishing system. 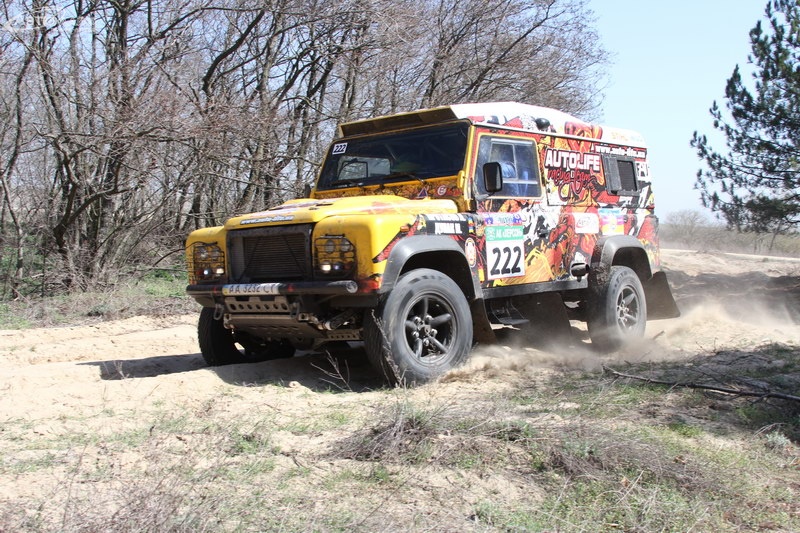 All fuel and brake hoses are reinforced. Brakes are IP Racing type. Also, the tire fast pumping system with receiver and Viair compressor as well as hydraulic jack is installed on the car. The car is equipped with air conditioner.


The car participated almost in all stages of the Cup and Ukrainian Championship in the period of 2009-2013. Without any doubts the car is designed for sportsmen and motorsport amateurs, who possess the leading ambitions. The excellent technical preparation of the sport car enabled to endure sand, dust storm, ford and salt marshes during Silk Way 2013 rally raid. Sportsmen succeeded in racing along the whole route Moscow-Maikop, winning the second place in T1.2 diesel engine modified cars and 14th place in the general classification. 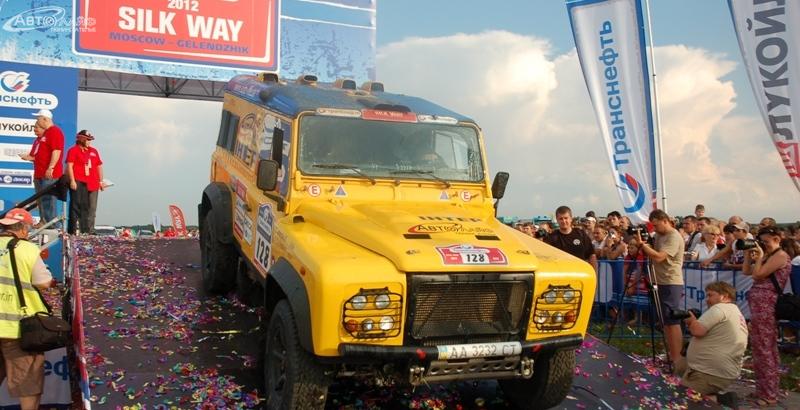 Land Rover Defender is a combat car of the first Ukrainian female crew in rally-raids (Ksenia Gamanko and Inna Litvinchuk). The girls were consistently winning stage by stage with it in the sport season of 2012. 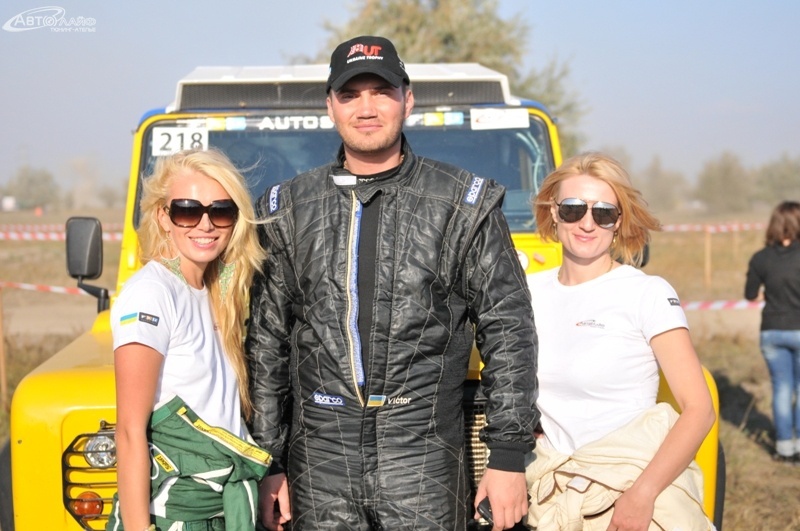